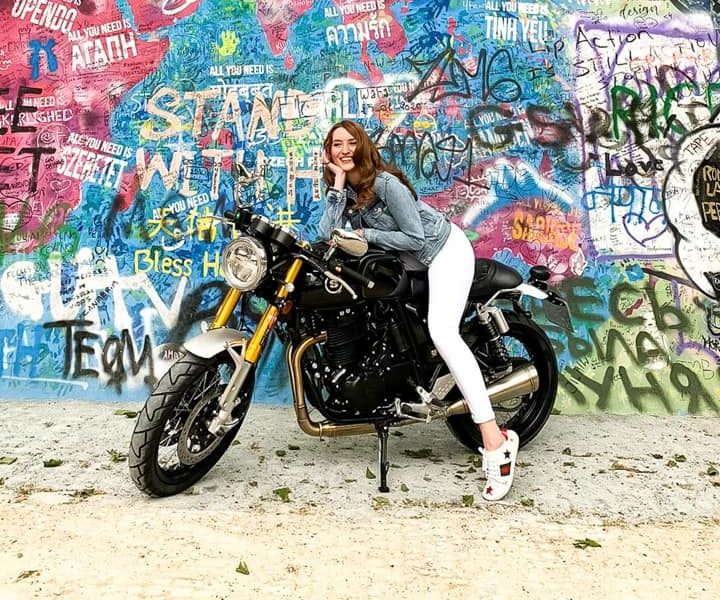 The Lennon Wall or John Lennon Wall is a wall in Prague, Czechia. Since the 1980s this once typical wall has been filled with John Lennon-inspired graffiti, lyrics from Beatles’ songs, and designs relating to local and global causes.

Located in a small and secluded square across from the French Embassy, the wall had been decorated by love poems and short messages against the regime since 1960s. It received its first decoration connected to John Lennon, a symbol of freedom, western culture, and political struggle, following the 1980 assassination of John Lennon when an unknown artist painted a single image of the singer-songwriter and some lyrics.

The wall continuously undergoes change, and the original portrait of Lennon is long lost under layers of new paint. Even when the wall was repainted by authorities, by the next day it was again full of poems and flowers. Today, the wall represents a symbol of global ideals such as love and peace.

On 22 April 2019, Earth Day, the action group Extinction Rebellion repainted the entire wall with slogans demanding action from the Czech government on climate change. “KLIMATICKÁ NOUZE” was painted in large block print letters, which reads “climate emergency” in the Czech language. Members of the public were encouraged to add their own messages during the process, resulting in calls for action painted in several languages. A giant image of a skull was also painted. The repaint was carried out in a manner which allowed some of the existing artwork to be included on the new wall.

On 4 August 2019 it was reported that the wall will be put under CCTV surveillance to block “unlawful graffiti” and combat the swaths of tourists that pass by it every day.